Background: I make accessories for mobile phones that bridge the gap between physical and virtual identities and communities. With the social internet, people can share parts of their physical life with a virtual community, but there is little reciprocation. External, mobile devices can be a platform for sharing information between the two worlds.

Levels of Interaction: Although the mobile devices I have made are physical, they can relate to three distinct levels of community the user is apart of: global, local, and public. The global are the virtual community associated with the device. These people may be anywhere on the planet but access the device over the Internet. The local are other users of the device in physical proximity to each other. They may or may not know each other but have a commonality which is that they are using the device near each other at the same time. The public are the bystanders in physical proximity to the device user. They are involved because they can see the device and therefore can be affected by it. Unlike social networking software for mobile phones, the public are brought into the equation because my devices are worn externally. Instead of a person using a mobile phone to access a mobile community, the person using these devices can start to display part of that community in the physical space.

Base Module: The devices are based on an electronic module I developed that provides the battery, processor, and Bluetooth connection to the user’s mobile phone. This module could be cheap, Â£5 or less. Each device is a ‘skin’ for the module which, like online widgets/apps, perform a straightforward function and can be quickly developed. Depending on the components, the skins can be cheap enough they could be distributed as freebies in the London Lite or given away as part of a promotional service. 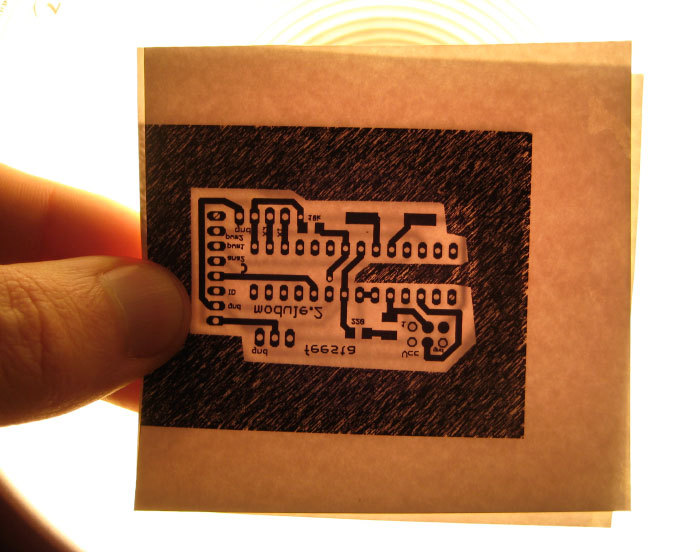